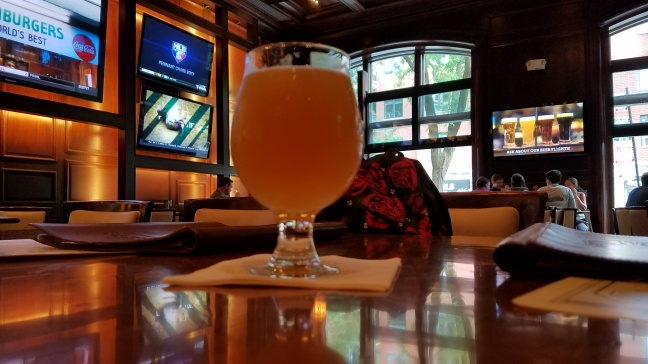 The Old Town Pour House has a new game room, and none of it requires electronics. Chess, Chinese Checkers, and giant Jenga and Connect Four games; it’s an old-school gaming approach that befits its Old Town neighborhood home.

For a neighborhood with buildings that pre-date the Great Chicago Fire, the board-game approach seems perfect, but of course that’s the only thing “old” about the Old Town Pour House. Along with Sweetwater, Howells & Hood, and several other places within the Bottleneck Mgmt group umbrella, Old Town long ago made craft beer popular to a broad audience, rather than just to beer geeks. There’s also draft wine — the best way to know your wine is fresh, mixology, and hundreds of craft beer choices arriving to Chicago from near and far.

The concept is 21st century, but the game room is quintessential Old Town.

Walking down the stairs one finds oneself in a room that has a bit of an old speakeasy vibe (minus the T.V.). Behind the small black bar, shelves are adorned with a slew of whiskeys and spirits, and seven taphandles serve well-known craft beer such Half Acre, Bells, and Deschutes. (Or, anyone can request anything from the enormous beer list upstairs.) And, although nothing is set in stone, yet, there’s the possibility of specialized cocktails served exclusively in the room, too, What is certain is that along with the good drinks, the Old Town Pour House menu will please everyone from the burger and wing fan to the foodie. 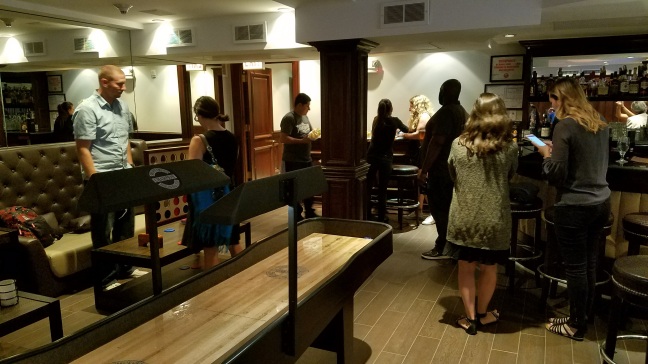