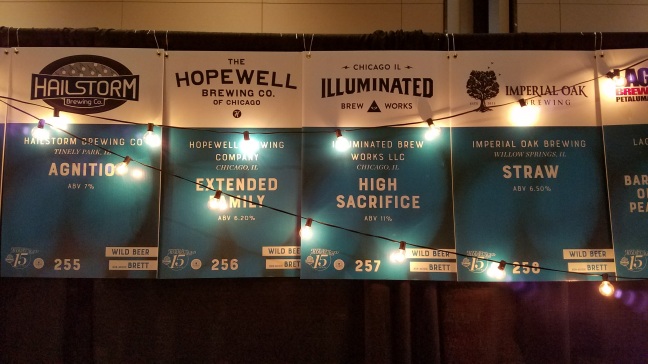 The recent 2017 #FoBAB (Festival of Barrel Aged Beer) concluded on Nov 11, 2017. For this writer, the beer collection proved to be one of the best I’ve tasted at FoBAB, if not any festival I’ve attended (or covered). Amidst the sea of good brews, festival attendees should have noticed the rapid maturation of the metro region’s sour and fruited programs.  Diverse in style and methodology, Chicago-area breweries offered an expansive, stunning collection of tasty microbe-laden and/or fruit-filled barrel-aged beers.

Here is a small sample that demonstrates how Chicago-area breweries’ sour programs have not only evolved, but are excelling.

Seven-year old Flemish red blended with a fresh portion and aged in a French Oak barrel for less than one year. 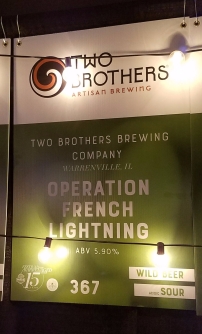 In its twenty years of existence, Two Brothers has grown from a small Warrenville taproom to a franchise comprised of four locations, restaurants, a coffee line and spirits. But make no mistake, one conversation with founder/brewer Jason Ebel of Two Brothers and it’s obvious the brewery still considers its brewing operations as priority #1…and that includes a terrific sour program.

In fact, Two Brothers has offered decade-long barreled sours at its recent anniversary parties, which is something a brewery in its 21st year can do! This is to say nothing of its “in the flesh” releases that enjoy an almost cult-following among some craft nerds. (I am one of them). Indeed, the Special Projects division — including taking advantage of Foeders — at Two Brothers is a hidden gem, but why it’s hidden is beyond me.

The #FoBAB offering blew me away! Admittedly, this is a beer probably geared to real fans of sours, but even if Flemish sours aren’t your thing, it’s a fine example of how far the ceiling has been raised when it comes to sours, both throughout Chicago and certainly at Two Brothers. But if sours are your thing, this beer gave you just enough jaw-smacking joy to make you want to go back for more. My favorite part of the beer is that the oak notes remained, even with a nice level of funk — a great touch! 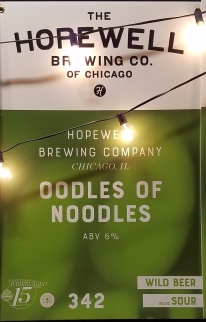 As described on the Hopewell website — perfectly, I might add — one will find “A complex blend of ripe pineapple, funk and citrus zest notes throughout, finishing dry to clean off the palate.” I loved this beer. I mean. Having more than one of anything at FoBAB isn’t a normal choice, but I immediately asked for a second pour.

Somewhat new on the scene, Whiner Brewing has helped transform the Back of the Yards neighborhood into a place for beer nerds — and at Whiner, sours are king.  The Whiner taproom is one of the cooler spots in the city, too. Hopewell (also located not far from one of my favorite “joints,” Longman & Eagle), is quickly becoming a standout Logan Square location. Hopewell not only has the ability to brew beers that appeal to many palates, but it has a knack for producing beer that pairs superbly with one’s favorite meal.

Wait! I thought Metro only made lagers? I mean, I wrote an entire blog about it. Well, they do. But, lagering is a method of brewing that allows for just as much experimentation and creativity as ales. These beers (see below) — a fun and laughable jab at Off Color Brewing and its founder/brewer Jon Laffler — were outstanding.  The “Laffler Hates..” starts as a Vienna Lager while “On Color” — my favorite of the two — humbly begins as a 175-year-old-classic-style Pilsner.

I realize this isn’t technically the point of this article — it’s not really a sour, but it is experimental and speaks to the entire evolution of brewing. Plus, it’s too fun not to mention!

I would say more, I but think it’s best to let Metro’s team speak freely here. 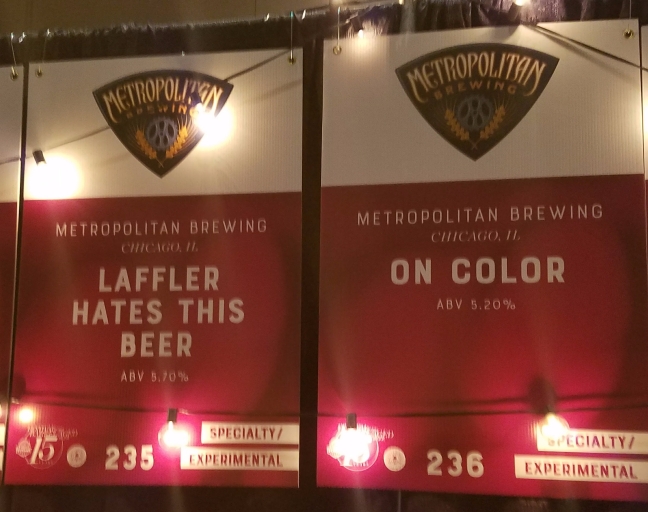 Smylie Brothers: Who the Funk Is Brett Mannion? 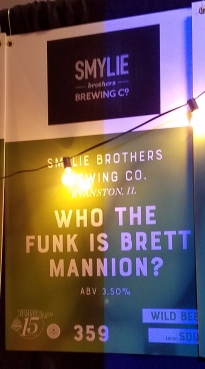 Smylie Brothers, along with Sketchbook, Temperance and Pekkish Pig, have turned Evanston into a true micro-hot spot of craft beer.

At Smylie one can simultaneously enjoy chef-driven meals and exceptionally creative, yet approachable beers. There’s a chef-mindset to the whole Smylie menu, whether you are drinking or eating.

I readily admit that I have an affinity for beers placed in Pinot Noir barrels (not something I could have imagined saying when I turned 21 and bought my first beer — a Moosehead.. *smile*). I’m a bit of a Pinot-Noir-aged-beer snob, you might say, if that’s a real thing. I approached this beer with optimism, but it exceeded my wildest (pun intended) expectations.

The Triple Play: On Tour – Only Child – Penrose

Taste; take one step to the right. Taste; one more step. Taste. The disparate sour trifecta had one thing in common — great taste.

On Tour Brewing: Money, Love and Change – An Ale Brewed with Gin Botanicals and aged in White Wine Barrels with both Brett and Lacto.

On Tour, winners of the “Very Small Brewery of the Year” at this year’s GABF, now has the pressure of delivering on every beer, right? Okay, maybe that’s a bit melodramatic but it doesn’t matter because the beer has everything – hints of white wine, a bit of gin, a little oak and plenty of reminders that it’s, first and foremost, a beer. Excellent.

Only Child isn’t just a fun little brewery in the north burbs — they are one of the best breweries in the region. This little nugget provides a glimpse into what they do, but the sour program at Only Child is expansive and impressive beyond description. This beer was but a small sample of its never-ending brewing goodness, but it was one fine sample. I appreciated the nice level of maltiness in the brew, even as presented the drinker with Pinot Noir & Brett-sour notes. Really delicious.

Also: I recently featured this brewery on PorchDrinking.com .

Most Chicago-area beer nerds are well aware of the Penrose Brewing sour program. Penrose does more than just sours, but the level of sophistication found in each Penrose beer matches its gorgeous Geneva location, bridging the gap between beer and wine lovers. And man it’s good!  This particular selection won me over for its refined simplicity. No note overpowered; a refreshing and sublime sour that could be appreciated by someone new to sours as well as an aficionado of funk. 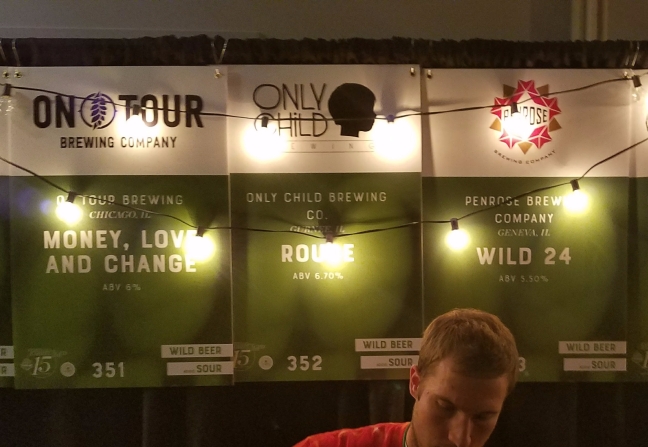 Trolls will surely denounce my feeble attempt to capture Chicago’s ever-evolving sour beer scene. Be certain, I am not trying to discuss EVERY brewery or every beer I enjoyed at FoBAB. Trust me, there are more than I can mention and I’ve possessed (and consumed) several of them in my own home. I offer this only to demonstrate the diversity that is the Chicago sour program, as well as remark on its overall quality.

$4 drafts today and Face Smack is back in 4-packs to go! Swing by on your lunch break and feel free to bring a bite to eat! #supportlocal #drinklocal #beerstagram #sours

Surrender to the Void on IBW 25. Our tamarind & passion fruit farmhouse ale is paper thin and acidic, perfect for a Day Trip.